One of the things that some companies like to do from time to time is to move around the office furniture. Rearranging the furniture has several advantages. It can encourage staff to work more productively, reflect changing work patterns and stimulate better working relationships. There are many reasons that you might want to move the furniture around your office, but when you start moving furniture, there is often a nasty problem uncovered. If a cupboard or other piece of furniture has been in the same location for a while, it's common to discover traces of mould.

Should you worry about mould?

Any areas that are damp or that suffer from poor ventilation can suffer from mould. If you find mould lurking behind a filing cabinet or creeping up a wall from behind a desk, you can't afford to ignore it. Sometimes, people make the mistake of pretending that mould will go away without treatment. At other times they try painting over the mould and pretending that it isn't there. If you ignore mould, it is likely to grow, not dissipate. It is best to call a mould removal company and let them see how they can stop the mould from recurring in that spot. If you leave the mould to flourish, you could be exposing your staff to serious health risks. When mould spores are inhaled, they can cause respiratory illness.

How will a mould removal service work?

Any mould removal company will start their investigation by thoroughly examining the affected area. They will want to be sure that they have located all of the mould and understand what is causing the problem. It may be necessary for the mould removal company to gather samples of the mould for detailed analysis. In some instances, they could analyse these samples on-site and begin the removal process the same day. At other times, they will want to conduct a thorough analysis of the mould in a fully equipped laboratory before devising a mould removal strategy. It is best to check with the company to see what procedures they have for mould analysis.

Once the company knows what type of mould they are dealing with, they will know what equipment and mould removal tools they must use to safely clear the mould without contaminating the surrounding area. To learn which methods of mould removal could be used in your offices, talk to your local mould removal company today. 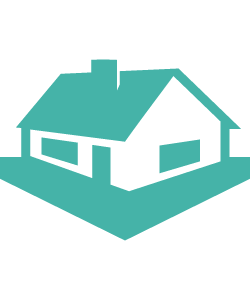 Combating dirt and dust around your home can be difficult. This site is here to arm you with all of the info you need so you can tackle even the dusty and grimy parts of your residence. While no one who writes for this site is a pro, they are all amateur cleaning fanatics who love nothing more than spending hours on the net researching the latest trends and developments. Here, you can discover how to quickly and efficiently get on top of the mess and disorder in your kitchen, bathroom, bedroom, and much more. Please check back soon to find out more.

Is There Mould in Your Office?
14 July 2021
One of the things that some companies like to do from time to time is to move around the office furniture. Rearranging the furniture has several advan …

The Steps That Professionals Follow to Clean Up After an Emergency Spill
30 April 2021
A chemical or biological waste spill is one of the most dangerous things that can happen to your facility. If you leave the spill unattended for too l …